For those looking for different destinations full of culture and history, you cannot miss a trip to Egypt and Jordan, near and far countries for just 2 hours flight. In addition to visiting two new and amazing places, in Egypt you will have the chance to feel back in the past knowing one of the oldest civilizations in the world with many mysteries and charms. And in Jordan, the experiences will be unique, making you amazed every moment. Enjoy your vacation trip with your family, friends or even alone and marvel at the beautiful landscapes of these two destinations. 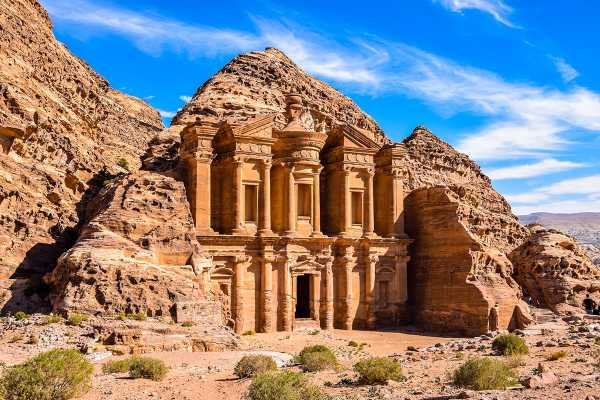 Best of Egypt and Jordan Tour 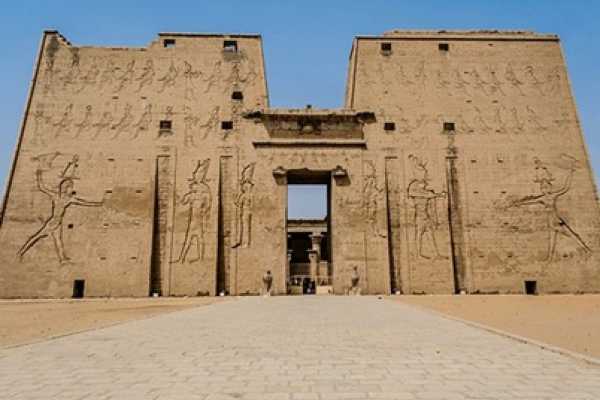 Duration: 9 Days / 8 Nights 2 Cairo / 1 Luxor / 2 Sleeper train / 1 Dead Sea /  1 Petra    A comprehensive 8 nights holiday to Egypt that covers main sightseeing and tours to explore the magic of ancient Egypt by visiting the three Pyramids of Giza and their guarding Sphinx and see Cairo then take the train to start the magical journey to Luxor ......experience and have a relaxing time at the lowest point on earth Dead Sea, enroute not to miss a visit to Madaba St George Church and Mount Nebo, here you have a chance to view the Promised Land. Next day visit the amazing Petra with the Siq, Treasury, Street of Facades, Royal Tombs, Monastery and much more.

WHAT EGYPT HAS TO OFFER

Egypt is a country in northeastern Africa and borders Libya, Sudan, the Gaza Strip and Israel. Its capital is Cairo, being the largest and most populous city in the country known as a noisy and chaotic city, but with many sights worth visiting such as: Egyptian Museum, Mosques, Khan-El-Khakili Market and the Cairo District Islamic with several monuments.

Near the capital is the city of Giza, home to the famous Pyramids of Giza: Cheops, Chefren, and Miquerinos that were built as tombs for the pharaohs of Ancient Egypt

The Cheops Pyramid is the largest of all, considered one of the Seven Wonders of the World. The Sphinx also impresses with its lion's body and the head of a pharaoh, it was built as a kind of guardian for the pyramids. Take this moment to ride a camel and also to take amazing pictures. At night you can watch the pyramid light show and hear old stories.

Also enjoy the trip to see Luxor, the city of Egypt where a large number of ruins are concentrated, the Karnak Temple, the Luxor Temple, the Queen Hatshepsut Temple, the Valley of the Kings, shrines, mortuaries and huge monuments with many Years of history. You can understand what the Egyptian Empire was just by appreciating these places. No wonder the city is known as the largest open air museum in the world.

Aswan, also worth a visit. The city is in the south of the country about 900 kilometers from the capital. You can visit Elephantina Island, the Unfinished Obelisk, Botanical Garden, Central Market, Philae Temple and much more. One tip is to take the Nile River boat trip and enjoy the beauties of the city from a different angle.

WHAT JORDAN HAS TO OFFER

Jordan is considered one of the safest countries in the Middle East. It borders Saudi Arabia, Iraq, Syria, Israel and Palestine. The capital and largest city is Amman a major cultural center of the country. In the city there are good cafes, restaurants, shops and hotels, where many tourists stay. Take in the sights of King Abdullah Mosque, the ancient Roman amphitheater, and watch a sunset from the top of one of the city's hills.

The ruins of the historic city of Petra are a separate spectacle, no wonder the place is considered a UNESCO World Heritage Site. A city built on the rocks by the Nabataean people thousands of years ago. One of the most famous and sought after locations in the country that was also the scene of the Indiana Jones movie.

Be sure to visit the Wadi Rum Desert and swim in the Dead Sea, or rather float as there is a lot of salt in the lake which makes it easy to float.